Olympiacos: “Bomb” with a top goalkeeper and former of AEK 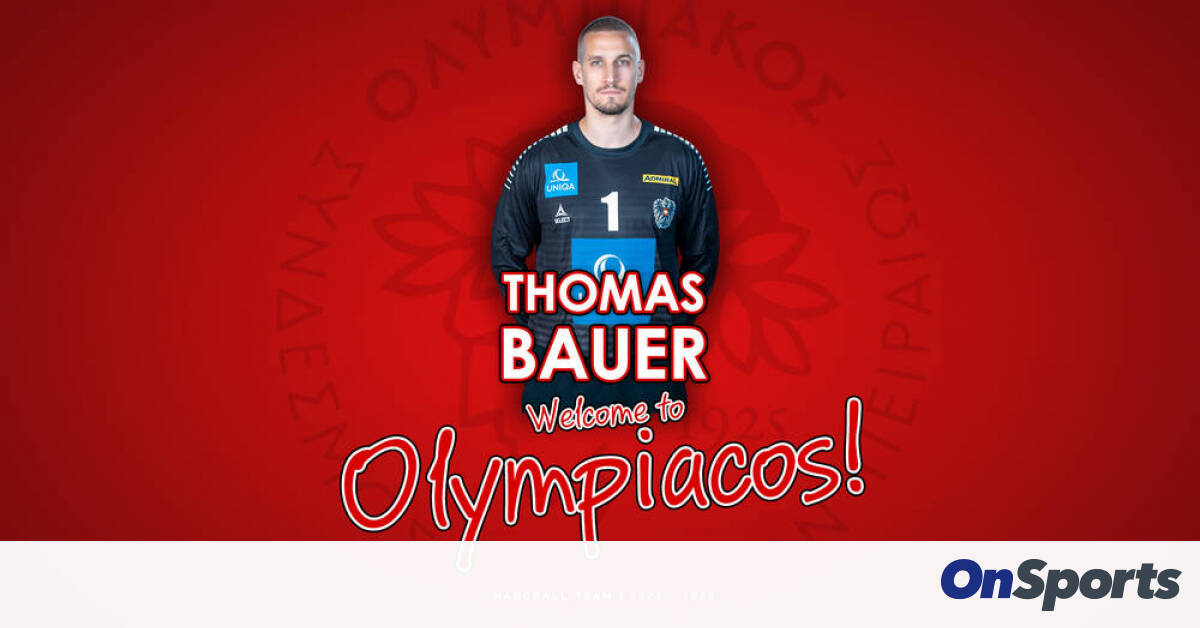 Olympiakos announced a great transfer in its attempt to win the title in the battle it is giving with AEK for the handball championship.

This year’s handball championship in Greece is evolving into a big battle between AEK and Olympiakos.

The Union is a traditional force in recent years and a big favorite, but the “red and whites” are very competitive.

And on Tuesday (21/12) they proceeded to announce a great transfer, which raises it even more.

The reason for the Austrian goalkeeper, Thomas Bauer with a great career, but also a recent tenure at AEK.

The announcement of Olympiacos in detail:

OLYMPIAKOS S.F.P. announces the start of his collaboration with Thomas Bauer. The international Austrian goalkeeper (date of birth, 24/01/1986), height 1.90m. signed his new contract and is part of the handball team.

In his first statements as an athlete of Olympiacos, Thomas Bauer stated the following to olympiacossfp.gr: “I am very happy to be back in Greece and very proud to be a member of the handball team of Olympiacos. As an Olympiacos player, there is only one goal I want to achieve. To be the first in Greece. It will be a difficult challenge but together with my team I will fight as much as possible to bring the titles and trophies back to the club “.